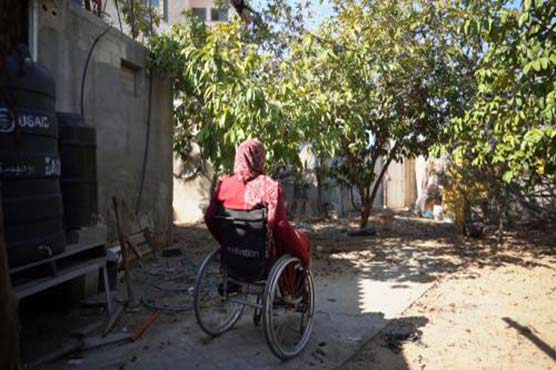 GAZA CITY (AFP) – People with disabilities can face an “extraordinarily difficult” life in the Gaza Strip due to the Israeli blockade and lack of assistance from Islamist rulers Hamas, Human Rights Watch warned Thursday.

Two million Palestinians live in the poverty and conflict-plagued enclave wedged between Israel, Egypt and the Mediterranean Sea.

In a report released on the International Day of Persons with Disabilities, HRW said the 2007 blockade Israel imposed on the territory following Hamas’s rise to power had “robbed people with disabilities in Gaza of their freedom of movement”.

The report noted the impact of recurring power cuts on people with disabilities who need light to communicate through sign language, or electric lifts or scooters to get around.

Hamas, which has fought three wars with Israel since 2008, has failed to provide sufficient ramps or lifts in many buildings in the enclave, according to the report.

The United Nations has marked International Day of Persons with Disabilities on December 3 every year since 1992.