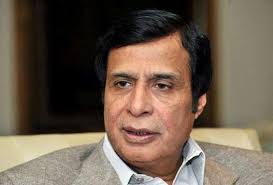 LAHORE (City News) – A delegation of Pakistan Muslim League-Quaid (PML-Q) led by Speaker of Punjab Assembly Pervaiz Elahi called on Opposition Leader of National Assembly Mian Shehbaz Sharif and condoled with him the death of his mother.

As per details, Pervaiz Elahi and other members of the delegation including Moonis Elahi and Kamil Ali Agha prayed for the departed soul of Begum Shamim Akhtar.

On the other hand, a delegation of Jamaat-i-Islami (JI) led by its Amir Siraj-ul-Haq also met President of PML-N at his Model Town residence and condoled over death of his mother.

It is pertinent to mention here that Shehbaz Sharif is on six-day parole, which was granted by Punjab government, after his mother died on November 22 in London after a lengthy illness