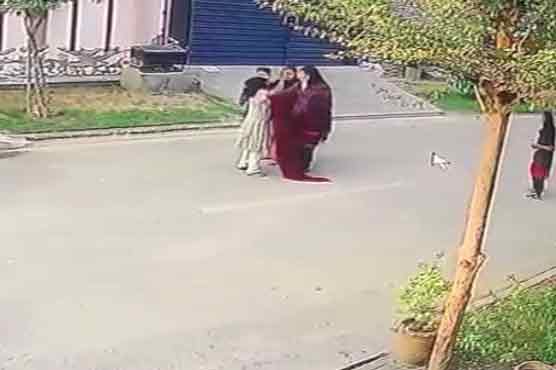 FAISALABAD (City News) – A court on Sunday granted post-arrest bail to a man arrested for torturing a 10-year-old housemaid along with his wife and son in Faisalabad.

Officers of the Child Protection and Welfare Bureau, Samina Nadir and Sadia Rashid, in their application for registration of a case in Madina Town police station, took a stand that the accused Rana Munir and his wife Mrs. Munir of Eden Valley 573D had tortured a 10-year-old housemaid and the couple slapped and kicked the child in the street.

In the video received by Dunya News, it can be seen that the husband and wife torturing the girl. Madina Town Police has registered a case.

Punjab Chief Minister Sardar Usman Buzdar also took notice of the incident of and demanded a report from RPO Faisalabad.

The Punjab Chief Minister said that action will be taken against the perpetrators for violence under the law.

Earlier, Chairperson Child Protection Bureau Sara Ahmed in an exclusive interview with Dunya News said that the police is looking for the girl’s family.