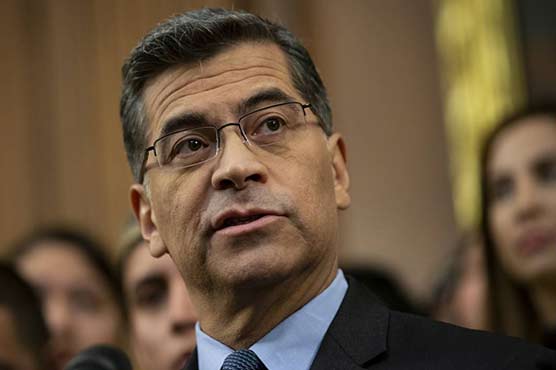 During Becerra’s 12 terms in the US Congress representing Los Angeles, he was an outspoken advocate of Latino rights and a vigorous defender of former president Barack Obama’s signature health care program — a policy that has been much attacked by President Donald Trump and Republicans.

NBC, The New York Times and several other news organizations reported on the plan to nominate Becerra, citing anonymous sources close to the president-elect.

Becerra, 62, was elected as California attorney general in 2016, succeeding Vice President-elect Kamala Harris after she was elected to the US Senate. Becerra was the first Latino to hold that office.

While in office, he also defended the immigrant rights program DACA in front of the Supreme Court.

According to the Times, Becerra’s nomination comes after complaints from the Congressional Hispanic Caucus about a lack of Latinos in the incoming cabinet.

Biden has announced Cuban-born Alejandro Mayorkas as his pick to head the Department of Homeland Security.

If confirmed, Becerra would be tasked with leading the health department amid the coronavirus pandemic that has killed over 282,000 in the US.

Biden has also picked Rochelle Walensky to head the US Centers for Disease Control and Prevention, the government’s health protection agency, the Wall Street Journal and New York Times reported.

Walensky is chief of the infectious diseases division at Massachusetts General Hospital and is also a professor of medicine at Harvard Medical School.

She will replace Robert Redfield as director of the CDC, which has come under pressure from the Trump administration and its allies over its coronavirus guidance.

For the third day in a row, the United States on Saturday notched a record number of coronavirus cases in 24 hours, reaching nearly 230,000 new infections, according to a tally by Johns Hopkins University.

Biden has stressed that he would strive for diversity while choosing staff for when he takes office in January.