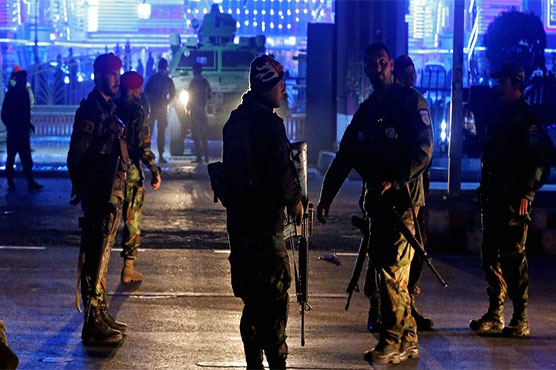 WASHINGTON (AFP) – Deaths of Afghan civilians in air strikes jumped from 2017 after the United States loosened its criteria and escalated attacks on the Taliban, according to a report Monday.

The number of civilians killed annually in US and coalition air strikes soared by 330 percent to some 700 civilians in 2019, said Neta C. Crawford, co-director of the Costs of War Project at Brown University.

The United States pulled back on air strikes after striking a peace deal with the Taliban in February 2020. But the Afghan Armed Forces stepped up their own as they entered talks with the rebels.

While total deaths from air strikes has fallen, attacks are now coming from Kabul s forces, and have accelerated in recent months.

The Afghan Air Force, Crawford wrote, is now “harming more Afghan civilians than at any time in its history.”

She said that in the first six months of 2020, 86 Afghan civilians were killed and 103 injured in AAF air strikes.

In the three subsequent months, as Afghan-Taliban talks continued in Doha, the toll intensified, with 70 civilians killed and 90 injured.

She urged a negotiated ceasefire while the two sides discuss a deal, to avoid more civilian injuries.

But with the United States accelerating its drawdown of troops, some worry that the Taliban could take advantage to further pressure Kabul s forces, sparking reprisals.

“Unless there is a ceasefire, both sides will continue trying to gain a tactical advantage while negotiations are underway. The toll on civilian lives is likely to increase,” Crawford wrote

Christchurch mosques attack could only have been prevented ‘by chance’: inquiry