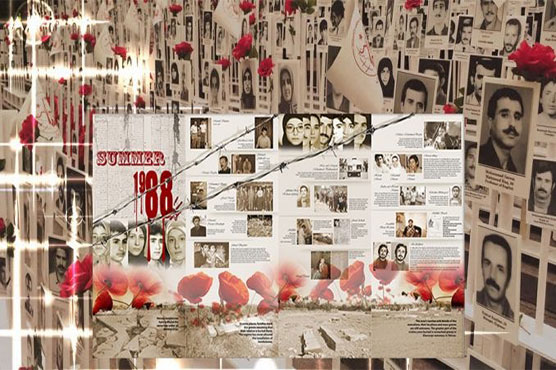 NICOSIA (AFP) – Amnesty International on Thursday hailed as a long-awaited breakthrough a letter sent by UN experts to the Iranian government pressing for accountability over the notorious 1988 prison massacres of dissidents and warning the killings may constitute crimes against humanity.

Rights groups including Amnesty have long campaigned for justice over what they describe as the extrajudicial executions of thousands of mainly young people across Iran in 1988 just as the war with Iraq was ending.

Those killed were mainly supporters of the People s Mujahedin Organization of Iran (MEK or PMOI), a proscribed group in the country and which had backed Baghdad during the conflict.

Amnesty accuses Iran of “systematically” concealing the circumstances surrounding the deaths and the whereabouts of remains.

In September, the group of seven special UN rapporteurs privately wrote to the Iranian government to make clear they “are seriously concerned by the alleged continued refusal to disclose the fate and whereabouts” of those killed.

They urged a “thorough” and “independent” investigation as well as “accurate death certificates” to be provided to family members.

“We are concerned that the situation may amount to crimes against humanity,” the UN experts said, warning that should Iran continue “to refuse to uphold its obligations” then an international investigation should be set up to shed light on what happened.

The UN in Geneva confirmed the contents of the letter which is only now being made public.

Diana Eltahawy, Amnesty s deputy director for the Middle East and North Africa, hailed it as a “momentous breakthrough” that sent a message the killings can “no longer go unaddressed and unpunished”.

Amnesty, which described the massacres as crimes against humanity in an 2018 report, wants the UN Human Rights Council to set up an international mechanism to investigate.

Activists say thousands were killed in the executions personally ordered by then supreme leader ayatollah Ruhollah Khomeini that took place without proper trials inside prisons across Iran from late July 1988. The actual number is still unclear.

The political wing of the PMOI, the National Council of Resistance of Iran (NCRI), puts the figure as high as 30,000 but this is not confirmed.

The issue is one of huge sensitivity, with activists accusing officials who still hold top positions in the Iranian government.

The issue has remained near taboo inside Iran although in 2016 there was huge controversy when an audio clip was released of a purported meeting between the ayatollah Hossein Ali Montazeri, then Khomeini s designated successor, and the officials on a “death commission”

Sindh govt decides to give tax relief to rain-affected businesses