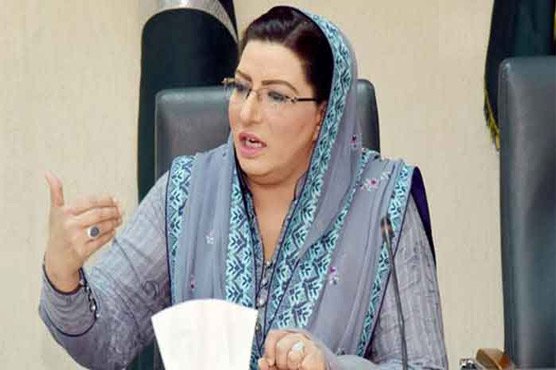 Talking to media persons in Lahore, Firdous Ashiq Awan said that government is righting the wrongs including economic crisis, poor law and order situation and destruction of institutions by the previous governments.

She, while calling PDM Lahore rally a political circus said it is against the law. Government has not stopped any of the participants of the rally and not even a single obstacle can be seen anywhere in the Punjab, she added.

Earlier, in a tweet, the CM’s aide said that today is the day to distinguish between protectors and enemies of the country.

PDM’s stick-wielding group is fighting against the elected government of PTI, she stated.

The special assistant further alleged opposition parties of intentionally putting the lives of their supporters into danger by arranging public gathering amid covid-19 outbreak.

Sindh govt decides to give tax relief to rain-affected businesses