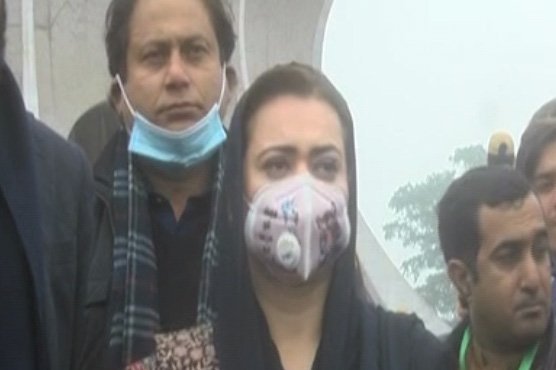 Talking to media persons, Marriyum Aurangzeb said that this is a decisive movement and fear in the statements of Prime Minister Imran Khan and his rented spokespersons is clearly visible.

She said that government did not give permission for the Lahore rally but PTI cannot stop public power.

On the other hand, Jamiat Ulema-i-Islam-Fazl (JUI-F) chief Maulana Fazlur Rehman on Sunday has paid a visit to Pakistan Democratic Movement (PDM) office at Lakshmi Chowk in Lahore.

During the visit, the management briefed the PDM head over preparations for Minar-e-Pakistan rally. On the occasion, Maulana Fazlur Rehman said that the people will break all records by attending the PDM rally in Lahore in large number.

Dissolution of illegal and incompetent government of Pakistan Tehreek-e-Insaf (PTI) is voice of every Pakistani, he said.