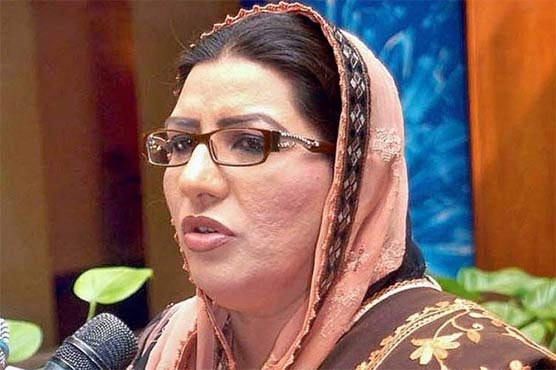 A general hospital will be built in Lahore after 30 years: Firdous Ashiq

LAHORE (city News) – Special Assistant to Chief Minister of Punjab for Information Firdous Ashiq Awan has announced that a general hospital will be built in Lahore after a gap of 30 years.

Firdous Ashiq Awan, in a tweet on Sunday, said that CM Usman Buzdar has given his approval to include scheme of 1,000 bed hospital in annual development program.

She, while criticizing previous governments, said that past rulers did not give importance to health facilities despite rising population.

The CM’s aide said that government of Usman Buzdar, is working continuously to provide Insaf Card to every resident to Punjab by the end of 2021.

A general hospital will be built in Lahore after 30 years: Firdous Ashiq
0 148
Share FacebookTwitterWhatsAppPinterestEmailFacebook MessengerTelegram