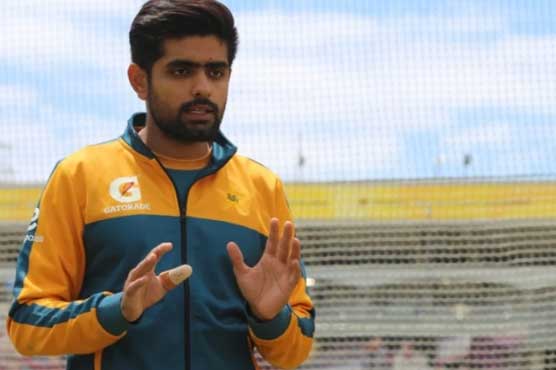 LAHORE (City News) – Pakistan cricket captain Babar Azam is unlikely to play in the first test against New Zealand after he got injured in a practice session.

Babar fractured his right thumb during a practice session last week that ruled him out of the three-match T20I series against New Zealand.

In Babar’s absence, wicket-keeper batsman Mohammad Rizwan is most likely to lead the team in the first test against New Zealand.
On the other hand, left-handed batsman Imam-ul-Haq is also likely to miss the first Test.

The two teams will play the first match of the Test series on December 26 at Bay Oval in Mount Maunganui.