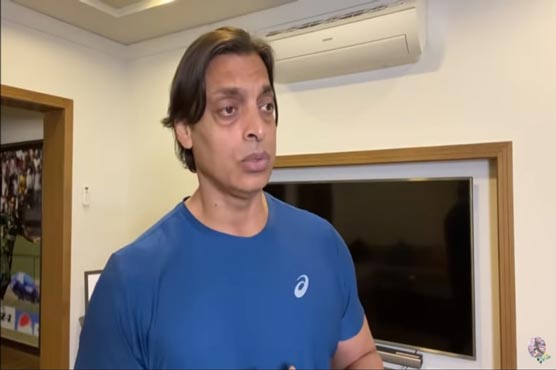 Former Pakistan speedster Shoiab Akhtar has reacted to India getting 36 all out in the 2nd innings of the Pink-ball Test against Australia in Adelaide, saying that he was “very happy” that Virat Kohli s men “broke” the record of his nation. Notably, Pakistan were bowled out at their lowest Test total of 49 versus South Africa in Johannesburg in 2013.

The 45-year-old has claimed that he did not watch the match “yesterday night” and when he switched on his TV today, he thought that the neighbours have aggregated 369 runs. Continuing with his story, he said that he watched the TV screen carefully again to realise that there was a slash sign between 36 and 9. In the very next moment the Rawalpindi-born called “mighty India s” batting collapse a “bad news”.

Shoaib Akhtar advised that India should now be ready to face criticism for their “embarrassing batting”.

“I woke up and the morning and switched on the TV. Could not see the match yesterday night. I saw India had put 369 on the board. Then I rubbed my eyes and saw carefully, I saw it s 36 and there is slash before 9 and one is retired hurt. Embarrassing loss. Embarrassing batting, world’s mighty batting crumbling down.

“They broke our record also. 36 all out! This is disgraceful performance, it s terrible. But happiest that they broke our (Pakistan s) record. Anyways, this happens in cricket. Bare it and bare the criticism, this is going to happen to you now. So, mighty India come crumbling down. This is bad news,” Akhtar said.

India were handed a massive 8 wickets defeat by the visitors after they collapsed to their lowest ever Test total. Not even single Indian batsmen could score in double digits as pacer Josh Hazlewood scalped 5 wickets for just 8 runs in the 2nd innings.

India and Australia will next meet in the Boxing Day Test which starts from December 26 in Melbourne.