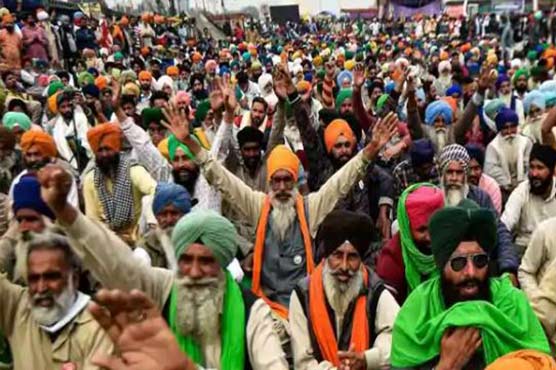 NEW DELHI (Reuters) – Tens of thousands of Indian farmers, protesting over agricultural laws that they say threaten their livelihoods, have vowed to carry on their around-the-clock sit-ins despite cold weather that has already led to some deaths among them.

Farmers from the northern states of Punjab, Haryana and Uttar Pradesh and the desert state of Rajasthan have camped on key national highways for weeks demanding a repeal of the laws, withstanding temperatures dropping to 2-3 degree Celsius (35.6-37.4 Fahrenheit).

The farmers, including a large number of older people, said they would endure the bitter winter sweeping northern India, including the capital New Delhi, to force Prime Minister Narendra Modi’s administration to rescind the laws introduced in September.

“It’s very difficult to camp out in this weather, but we aren’t scared,” said Balbir Singh, an octogenarian from the Patiala district of Punjab. “We won’t go back until our demands are met. Even if we have to die here, we will.”

Since late November, when thousands of farmers arrived in trucks and tractors to camp out on the borders of New Delhi, nearly 30 people have died, several of them as a result of freezing weather, farmers said.

About ten people have been killed in road accidents near the protest sites, they said.

“We don’t want more people to die in this protest, and I hope Modi and his government take back the laws soon,” Paagh Singh, 76, said, wrapped in a blue blanket. “It’s a democracy, and he (Modi) has to listen to us.”

As temperatures dropped, one of the main protest sites turned into a sea of small tents and tarpaulin-covered tractor trolleys. But some demonstrators have to spend the night sleeping in the open air.

“I don’t care how cold it gets,” said farmer Surminder Singh. “I’m neither scared of the cold nor of Modi. Our struggle will continue until the laws are withdrawn.”