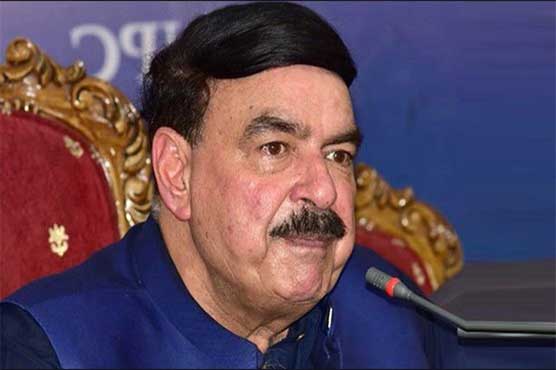 ISLAMABAD (City News) – Interior Minister Sheikh Rashid Ahmed, while predicting that opposition parties will contest Senate polls, said that there is no chance that lawmakers of Pakistan Democratic Movement (PDM) will resign from the assemblies.

Talking to media persons in Islamabad, Sheikh Rashid said that he is unaware about expiry date of former prime minister Nawaz Sharif’s passport. He also asked Maulana Fazal-ur-Rehman to have mercy on democracy of the country.

He further said that JUI-F chief is on top of the list of 20 persons facing serious security threat. While talking about MQM-P, he said that it is coalition partner of the government and hoped that it will resolve its differences with PTI.

The interior minister also announced passport SMS service from today. From tomorrow passport with validity of 10 years will be issued in Rs3000, he added.

He also said that online passport system will take time; however, e-services are being launched for whole world from January 1.

Sheikh Rashid further said that there are about 100,000 people in the blacklist which will be reduced to 25,000 and only criminals will remain on the list.