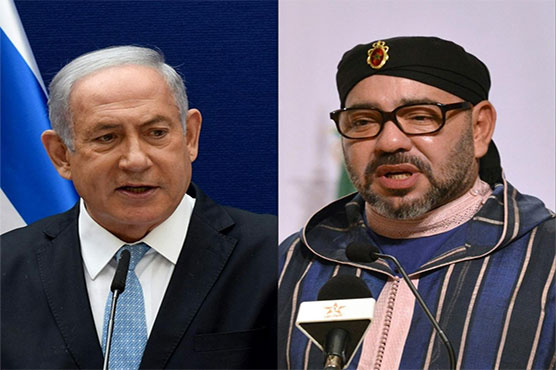 The phone call comes three days after an Israeli delegation signed a US-sponsored normalisation agreement with Morocco in Rabat.

“The leaders congratulated each other over the renewal of ties between the countries, the signing of the joint statement with the US, and the agreements between the two countries,” a statement from Netanyahu s office said.

“In addition, the processes and mechanisms to implement the agreements were determined,” it added.

The North African country is the third Arab nation this year to normalise ties with the Jewish state under US-brokered deals, while Sudan has pledged to follow suit.

During the “warm and friendly” conversation, Netanyahu invited Mohammed VI to visit Israel, the statement from the prime minister s office added.

King Mohammed VI, the statement said, “recalled the strong and special links between the Jewish community of Moroccan origin and the Moroccan monarchy”.

He also “restated the coherent, steadfast and unchanged position of the kingdom of Morocco on the Palestinian issue,” it said.

The Moroccan king also welcome the “reactivation of mechanisms of cooperation” with Israel, it added.

Israel and Morocco are also due to reopen diplomatic offices.

Morocco closed its liaison office in Tel Aviv in 2000, at the start of the second Palestinian intifada, or uprising.

Morocco has North Africa s largest Jewish community of about 3,000 people, and Israel is home to 700,000 Jews of Moroccan origin.