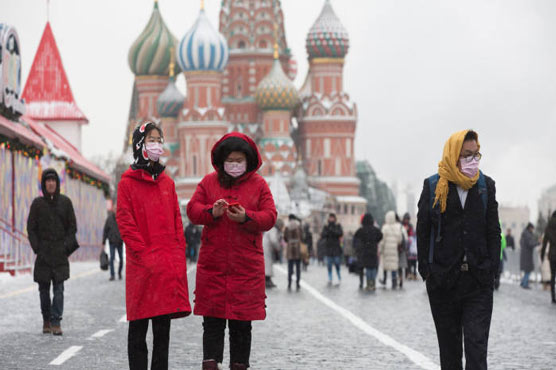 MOSCOW (AFP) – Russia on Saturday passed three million confirmed coronavirus infections, as authorities hold out against reimposing a national lockdown while the country is battered by a second wave.

In the past 24 hours, 29,258 new infections and 567 deaths were registered in Russia, fourth on the list of hardest-hit countries worldwide.

Since winter began, each week has brought new records for new cases and deaths, with epicentres in capital Moscow and second-largest city Saint Petersburg.

Nevertheless, official figures point to a lower death rate from the virus in Russia than in western Europe or the United States, something President Vladimir Putin has boasted about for months.

Putin said last week at an annual press conference that Russia had done a “better” job managing the pandemic than western countries.

But Russian authorities only count as Covid deaths those where an autopsy confirms the virus was the main cause.

And between March and October, there were 165,000 excess deaths compared with the same period in 2019, suggesting the true toll of the pandemic is far higher than authorities will admit.

Looking to protect a suffering economy, Moscow has so far refused to order a new nationwide lockdown, aiming instead to protect people with mass vaccinations using its homegrown Sputnik V shot.

Health Minister Mikhail Murashko said on public TV Saturday that the vaccine is “safe and effective” for general use, authorising it to be given to the over-60s.