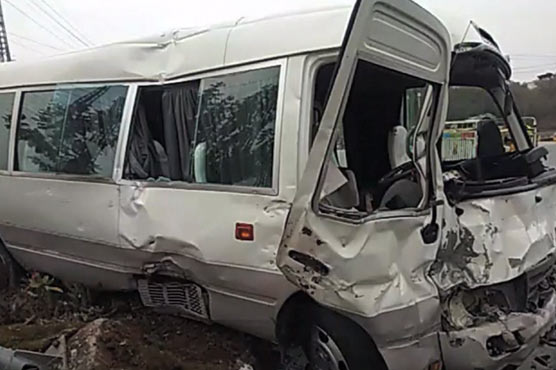 ISLAMABAD (City News) – Four people were killed and 25 others injured in a traffic accident at Srinagar Highway in Islamabad on Sunday morning.

As per police officials, the collision between coaster and a van occurred due to over speeding.

Rescue teams reached the spot of the unfortunate incident as soon as reports were received and the injured were shifted to hospital.

Those who were criticizing each other in past have now gathered in Larkana: Shibli