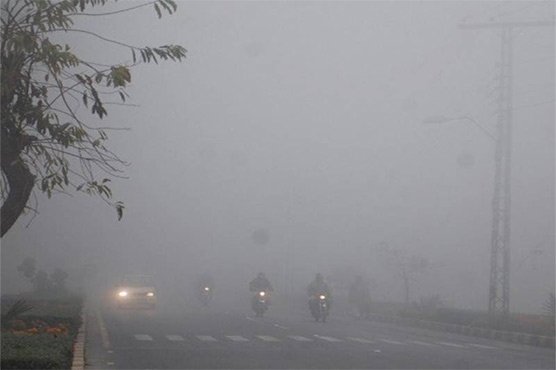 LAHORE (City News) – At least two people on Sunday have lost their lives while four others sustained severe wounds as dense fog has blanketed several cities of Punjab including Lahore, badly disrupting the air and road traffic.

According to details, the visibility has dropped to zero on main roads across the province and the Lahore-Sialkot motorway has been closed for all traffic, while the flight operation at the Allama Iqbal International Airport has also got affected due to the severe weather condition.

The Motorway police have advised the drivers to switch on fog lights while driving at very slow speed as the visibility was dropped to zero due to dense fog.

The Motorway police have also requested the people to stay home and avoid unnecessary travelling.

The meteorological department has forecast rain in Lahore, Islamabad and Upper Khyber Pakhtunkhwa, Gilgit-Baltistan and Kashmir in the next 24 hours.