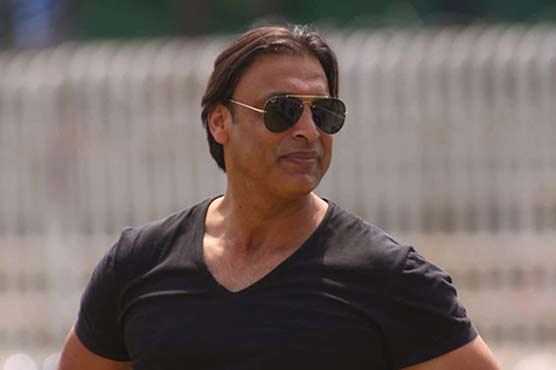 “I think the ICC forgot that Pakistan is also its member and play T20I cricket. They even didn’t think that a great batsman like Babar Azam, who is the number one T20 batsman [currently ranked no. 2 in ICC T20 rankings] could also be part of this squad,” Shoaib said on his official YouTube channel.

He said the ICC had announced the Indian Premier League (IPL) XI rather than the shortest format World team. No Pakistan player was included in the ICC Team of the Decade across all formats.

“They didn’t pick a single player from Pakistan in the team. We don’t need your (ICC) T20I team of the Decade because probably you’ve announced the IPL team, [and] not a world cricket team,” he said.

According to Shoaib, the world game’s governing body was ruining cricket. “[Today] we don’t find a reasonable cricketer. Today not [even] a genuine fast bowler is coming [to the limelight].

“There are three powerplays [in the IDI cricket], while two new balls have been introduced and [as a result] the bowlers are being hit freely. The ICC is only concerned with money, sponsorships and TV rights.

“Where is Dennis Lillee, Jeff Thomson, big five of West Indies, Wasim and Waqar? Where are the world’s fastest bowlers and the best leg-spinners? They all have gone because the ICC has commercialised and materialised cricket.

It has allowed ten leagues just to generate more revenue,” he said.

“The ICC just wants two World Cups in three years. It only wants to see leagues taking place. There is a big difference between today’s cricket and in 70’s cricket. If there is no Sachin versus Shoaib then what’s the point of watching cricket?”

“The ICC should feel ashamed to announce such teams as there is no big player than Babar Azam in T20I. He is a top-scorer.

Look at his averages to find what he has done, even in comparison with Virat Kohli.

“It is so embarrassing and I’m sure after this video they [ICC] will think that they have to announce the World Team of the Decade, not the IPL team,” he remarked.