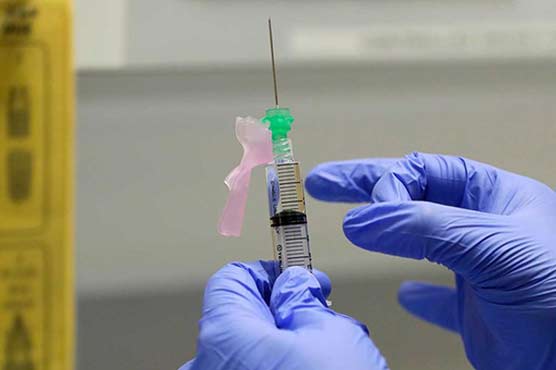 WASHINGTON (AFP) – Clinical trials to determine the safety and efficacy of a Covid-19 vaccine candidate from American biotech company Novavax have begun in the United States and Mexico, the US National Institutes of Health (NIH) announced Monday.

A similar Phase 3 trial for the same vaccine, called NVX-CoV2373, is also under way in the United Kingdom, where about 15,000 volunteers have been recruited.

In the US and Mexico, the new trials will include around 30,000 volunteers over the age of 18.

Two-thirds of the participants will receive the vaccine and one-third a placebo. None of them will know, for the duration of the trial, what was in the injection they received.

“The launch of this study — the fifth investigational COVID-19 vaccine candidate to be tested in a Phase 3 trial in the United States — demonstrates our resolve to end the pandemic through development of multiple safe and effective vaccines,” said leading US immunologist Anthony Fauci, director of the National Institute of Allergy and Infectious Diseases (NIAID), part of the NIH.

The goal is that at least 25 percent of the participants in the US and Mexico trials should be aged 65 and over, the statement said.

Emphasis will also be placed on recruiting people who are more exposed to Covid-19 — African-Americans and Hispanics in particular — or who present with underlying health conditions that put them at higher risk, such as obesity or diabetes.

The vaccine is taken in two doses three weeks apart. It can be stored between two and eight degrees Celsius (35 and 46 degrees Fahrenheit) — much warmer temperatures than already approved vaccines from Pfizer/BioNTech and Moderna, meaning it could be more easily distributed.

The Pfizer and Moderna vaccines are based on a new technology, messenger RNA, while the Novavax vaccine is a recombinant protein vaccine.

The coronavirus has spikes (viral proteins) on its surface that come into contact with cells it infects. These proteins can be reproduced and presented to the immune system so that it can later recognize them and react if it is actually infected.

Two other vaccines that have conducted Phase 3 trials, those from Johnson & Johnson and AstraZeneca/Oxford, are expected soon to seek emergency authorization for distribution in the US, the country most affected by the pandemic in absolute numbers worldwide