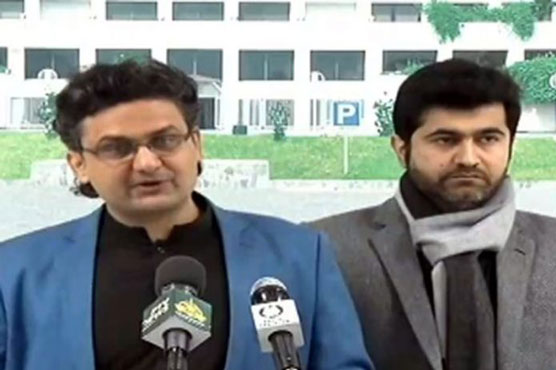 ISLAMABAD (City News) – Chairman Senate Standing Committee on Information and Broadcasting Faisal Javed on Wednesday said that government is not afraid of long march by Pakistan Democratic Movement (PDM); however, government is ready for dialogue with the opposition on all public-interest issues except corruption cases.

“The government is ready to talk to opposition on public interest issues such as electoral reforms and Covid-19, but not on the corruption cases against opposition leaders,” he said while talking to media at Parliament House.

He reiterated that Prime Minister Imran Khan would not give NRO to the opposition leaders facing corruption cases at any cost.

He said the opposition wanted that all the corruption cases before 1999 should be closed and corruption below Rs1 billion should not be taken up by the NAB.

Faisal Javed said the opposition also desired to change in the definition of Benami and that the international evidence should not be presented before the NAB.

Faisal Javed said the opposition’s public meetings were flopped shows, and therefore, they were also showing reluctance to give resignations from assemblies