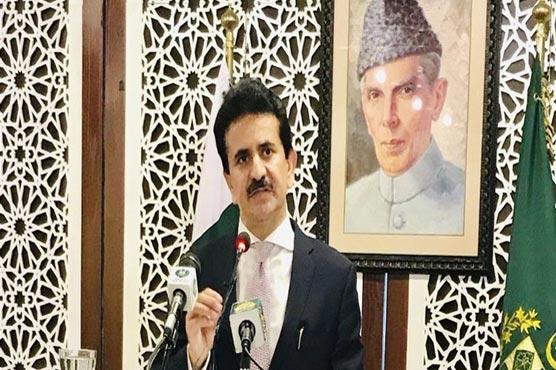 Foreign Office Spokesperson Zahid Hafeez Chaudhri, in a statement, reiterated Pakistan s call for independent inquiry under international scrutiny to investigate the unabated extra-judicial killings of Kashmiris by Indian occupation forces and to bring the perpetrators of these heinous crimes to justice.

During the year 2020, in their brazen acts of state terrorism, the Indian occupation forces martyred more than 300 innocent Kashmiris, including women and children, in “fake encounters” and staged “cordon-and-search” operations. During the same period, 750 Kashmiris were critically injured, while 2,770 innocent Kashmiris were arbitrarily detained and 922 houses destroyed as part of collective punishment inflicted on the Kashmiri communities.

The Foreign Office said that the recent revelations of planting weapons on the bodies of the victims of extra-judicial killings in Shopian by the Indian occupation troops to make it look as though they were armed fighters are deeply disconcerting and an affront to the collective conscience of humanity.

The statement said it is a well-known fact that those guilty of gross human rights violations in IIOJK have never been prosecuted. In the previous cases of extra-judicial killings, custodial deaths, and mass rapes of women in Kunan-Poshpora 1991, Pathribal 2000, Ganderbal 2007, Machil 2010, and several others, there has been an abject failure to provide justice to the Kashmiri victims and survivors.

The Spokesperson said Pakistan has consistently emphasized that the gross and systematic violations of human rights being perpetrated by the Indian occupation forces warrant an investigation by a UN Commission of Inquiry, as recommended by the OHCHR in its reports of 2018 and 2019. He reiterated that nothing short of an inquiry under international scrutiny can meet the requirements of justice.