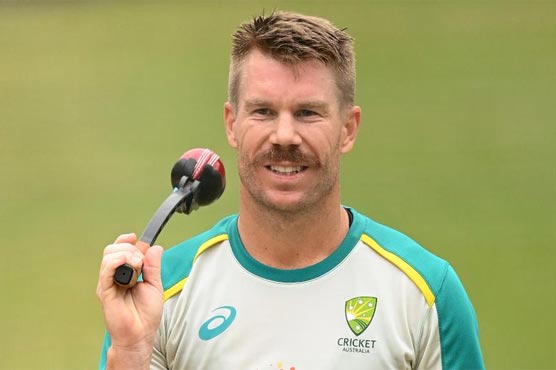 SYDNEY (Reuters) – Australia’s David Warner believes it will be his ability to field effectively that will decide whether he plays the third test against India at Sydney Cricket Ground next week.

The left-handed opener missed the first two tests in the series because of a groin injury and admitted, despite intensive rehabilitation, it was “highly doubtful” that he would be 100% fit by the time the match starts on Thursday.

Warner said he would have a better idea of where he stood after training sessions on Saturday and Sunday and was determined to do everything he could to persuade the selectors to give him the green light to play at his home ground.

“I think it’s about being smart,” the 34-year-old, who usually fields in the slips, told reporters.

“If I feel like I can do my duty … not be a hindrance in there in the field … I think that’s going to determine whether I play or not.

“I know I can manage the running between wickets (and) the shot-making that I have, it’s whether or not I am able to have that capacity of catching the ball right and left of myself … I’ve got to be agile enough to take those chances.”

Australia won the day-night series opener by eight wickets in Adelaide but the tourists rebounded with victory by the same margin in Melbourne earlier this week.

Warner has been greatly missed with Australia’s makeshift opening partnership coming up short to the extent that his former partner Joe Burns has been dropped for the third test.

Australia have long relied on Warner to set the tenor of their innings and, notwithstanding some fine Indian bowling, only one score in excess of 200 during the series is not what would be expected of their batting on home soil.

“If you allow very good attacks … to dictate on their terms, and you don’t apply any pressure, it becomes difficult to score,” he explained.

“I think there’s been a lack of urgency at the top and trying to take it to the bowlers. You don’t do that just by scoring runs — it’s loud calling, it’s shoulders back, it’s getting in their face to disrupt their line and length.”

Warner admitted his batting would be restricted for some shots by the injury if he did play and that backing up for the fourth test in Brisbane from Jan. 15 would also be a challenge.