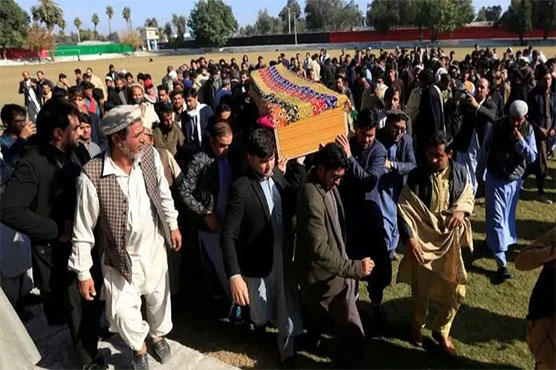 KABUL (AFP) – An Afghan radio journalist was shot dead Friday in a car ambush in the central province of Ghor, officials said, the fifth media worker to be killed in two months.

In recent months, other prominent Afghans have been ambushed by gunmen or killed in bomb attacks.

No group has yet claimed responsibility for Aimaq s murder.

The Afghan Journalists Safety Committee, a group working for the security of journalists in the violence-wracked country, confirmed the incident.

Aimaq, aged in his late 20s, was married and had previously survived two assassination attempts, the committee said.

In November, attackers opened fire and threw a grenade at his house after a previous attempt in October 2019 failed when gunmen shot at his vehicle in Firoz Koh, it said.

Aimaq s murder comes weeks after the December 12 killing of Rahmatullah Nekzad, a prominent journalist who was shot dead with a silenced pistol near his home in the restive eastern city of Ghazni.

Two Taliban inmates who were freed ahead of peace talks between the insurgents and the Afghan government have been arrested in connection with Nekzad s murder, Afghanistan s spy agency the National Directorate of Security (NDS) said late on Thursday.

About 5,000 Taliban inmates were released last year as part of a contentious prisoner swap ahead of the long-delayed peace talks that finally commenced on September 12.

The NDS said that after their release the two Taliban inmates joined a “terrorist group” in Ghazni which has carried out several assassinations.

The two, who have confessed to their crimes, had also assassinated a judge and two government employees, the agency said.

The Taliban had denied responsibility for the murder of Nekzad.

Peace talks are currently on a break, but are due to resume on January 5 in the Qatari capital of Doha.

US Congress slaps Trump by overriding veto of defense bill