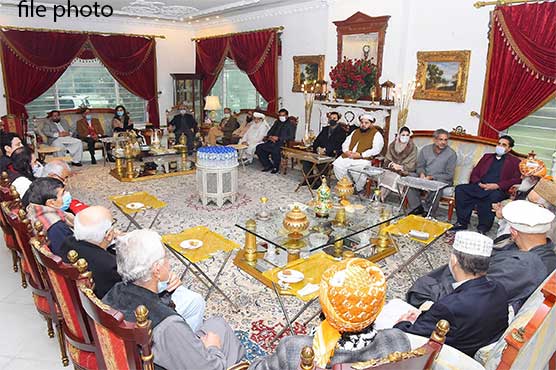 According to inside story of PDM meeting, several parties of the anti-government movement have showed soft corner for starting grand dialogue; however PML-N termed the offers of the dialogue a conspiracy and Jamiat Ulema-e-Islam Fazl (JUI-F) chief Maulana Fazl-ur-Rehman also supported PML-N’s stance.

During the meeting, PPP also insisted on contesting Senate election and former president Asif Ali Zardari said that PDM can comfortably win 12 to 14 seats in the elections of the upper house.

PPP also said that it is always ready for resignations from the assemblies; however, this plan shouldn’t be made public and the move should be used when time is right.

Talking to reporters after Pakistan Democratic Movement s meeting in Lahore, Maryam Nawaz said that the decision to take part in the by-polls has been taken as the 11-party opposition alliance not want to leave the field open for the incompetent and selected government of Prime Minister Imran Khan.

Answering a question regarding participation in the Senate polls, Maryam said that there is still time in election of the upper house of the parliament and added that the decision in this regard will be taken with consensus of all opposition parties in the alliance.

To a question regarding the resignations from the assemblies, Maryam said that it is not possible that any member will refuse to submit resignation when the party leadership orders them to do so.

Maryam Nawaz also hinted at fielding a joint candidate against the government in the by-election and added that it was up to the people of Pakistan to send this incompetent government home.