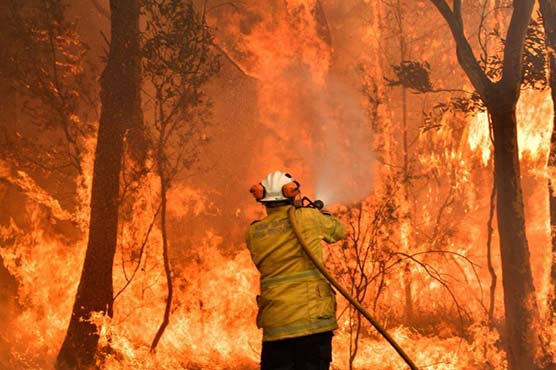 Australian ‘lives and homes’ at risk as fire nears Perth

Residents in several suburbs south of Perth have been warned to be on watch as around 150 firefighters battled a blaze which has razed more than 230 hectares since Saturday.

The local emergency department downgraded the fire from earlier “emergency” level, but warned there was still “a possible threat to lives and homes as a fire is burning in the area and conditions are changing”.

It is not known what triggered the fire.

Hazardous and reeking fumes emanating from a burning rubbish tip are also causing concern, with locals told to “shelter in place for safety”.

Several roads were forced to close and motorists have been told not to travel to the fire-stricken area.

There are other wildfires in and around the Perth metropolitan area too, including one that forced the evacuation of a retirement village on Sunday in the southeast suburb of Gosnells.

About 60 people were moved to safety and an evacuation centre has been set up in the area.

The fires razed more than 24 million hectares of drought-stricken bushland and forest across Australia in late 2019 and early 2020, killing more than 30 people and destroying thousands of homes.