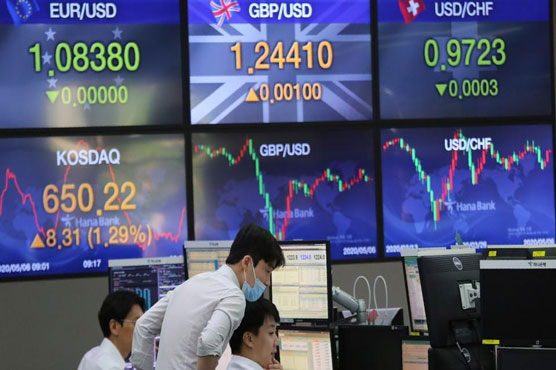 ISLAMABAD (City News) – The Federal Tax Ombudsman (FTO) has directed the Federal Board of Revenue (FBR) to initiate criminal proceedings against the person(s)/registered person(s) found involved in committing tax fraud with no further delays.

The FTO further directed Federal Board of Revenue to ensure application of relevant provisions of Pakistan Penal Code along with provisions of Section 21 and 37A of the Sales Tax Act, 1990 while dealing with cases of fake invoices.

The statement added that an own motion investigation was initiated to investigate irregularities committed by the FBR field formations, while processing and sanctioning of bogus sales tax refunds, involving preparation of fake and flying invoices, according to a press statement issued here on Sunday.

The fraudulent entities obtained sales tax registration for issuing fake sales tax invoices to enable other registered persons for claiming bogus refund, input tax credit and reduce their tax liability. It was found that due to lack of credible institutional mechanism to verify transactional details, uploaded by buyers and sellers, cases of tax evasion and colossal loss to national exchequer occurred.

In response to the notice of the FTO, the department contended that the matter of fake sales tax registrations and issuance of dubious refunds based on fake and flying invoices was rampant in the years 2012 to 2015. Efforts to address such cases have been made. However, these efforts are termed “NOT ENOUGH” by Honorable Federal Tax Ombudsman.

The Federal Tax Ombudsman’s Own Motion decision states that falsifying of sales tax invoices to understate the tax liability or overstate the entitlement to tax credit or tax refund or cause loss of tax had been defined as ‘tax fraud’ under Section 2(37) of the Act.

However, factually in none of the cases, penal and punitive actions were initiated by the Department, except suspending/blacklisting the Sales Tax Registration of the culprit.

Moreover, under Section 21 of the Act, that if a registered person is engaged in issuing fake or flying invoices, he should be blocked and appropriate legal action be taken.

The phrase “appropriate legal action” means that action is not only confined to punitive measures under the Act, but it also embraces penal laws of the land which deal with fabrication, preparation of false documents and using the same dishonestly with an intention to defraud any person including government for wrong gain, it clarified.

But the Department instead of invoking the provisions of PPC, restricted itself to the extent of stopping further payments and suspending the registrations, which are incomplete actions and against the provisions of Section 21 of the Act against persons involved in committing tax fraud.