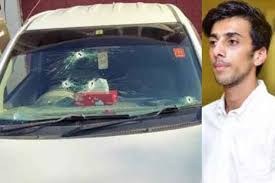 During the hearing, the ATC judge expressed anger over not clicking pictures of the crime scene for inquiry purpose and reprimanded the investigation officer.

The committee was directed to submit report as soon as possible.

On the other hand, it has been brought to light that there were two police cases registered against the slain youth, one for fraud in July 2018 and an FIR under the Narcotics Act in October 2018.