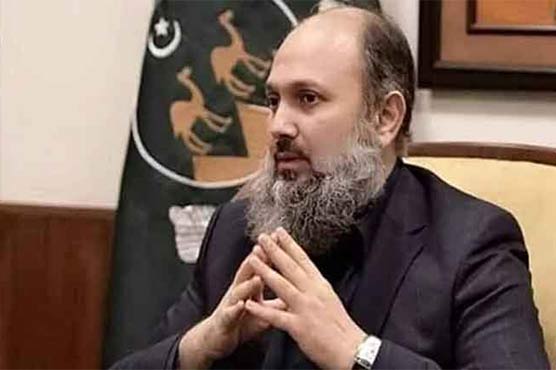 Addressing a press conference along with Ali Zaidi, Jam Kamal said that it is responsibility of government to protect lives of people. We are working from day one to end terrorism, he added.

He said that government worked hard in past 2.5 years to establish sense of brotherhood in the province and law and order situation remained relatively better in Balochistan; however, enemies of country don’t like this unity between people and want to spread unrest in the country.

On the occasion, Ali Zaidi said that enemies of state are involved in such activities as people like Indian spy Kulbhushan Yadav were also arrested from here.

The minister said that he has talked to PM Imran Khan regarding visit to Quetta; however urged protestors to not make burial of 10 slain coal miners conditional to something.

On the other hand, the families and relatives of ten slain miners, who were shot dead in Machh area of Balochistan province on Sunday, continue their sit-in on Quetta’s Western Bypass with dead bodies on fourth day (Wednesday).

The protesters have announced that their demonstration will continue until Prime Minister Imran Khan’s arrival, and dialogue will now only be held with the premier.

On Tuesday, a government delegation comprising Deputy Speaker National Assembly Qasim Suri, Federal Minister for Maritime Affairs Ali Zaidi and Special Assistant to the Prime Minister on Overseas Pakistanis, Zulfi Bukhari visited the protesters camp and urged the protesters to call off their protest so that the bodies could be laid to rest.

Let it be known that on Monday negotiations between Interior Minister Sheikh Rashid Ahmed and the families of the victims remained unsuccessful as the protesters were dissatisfied despite the minister’s assurance of serving justice.

It is pertinent here to mention that some armed men took the coal miners belonging to Hazara community to nearby mountains in Machh and opened fire and killed 10 of them. After news of the incident broke, security agencies arrived at the coal mine and cordoned off the area and collected evidences.