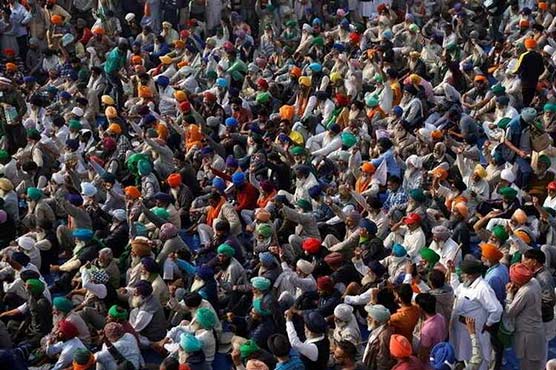 NEW DELHI (Reuters) – The government on Monday refused to roll back farm reform laws, prompting farmers to threaten to step up their weeks-long protests, but the two sides agreed to meet again on Friday.

Tens of thousands of farmers have been camping out on roads around the capital, New Delhi, for 40 days, insisting that the government withdraw the reforms and guarantee a minimum support price for their produce.

“I am hopeful the stalemate will be resolved very soon,” Agricultural Minister Narendra Singh Tomar told reporters after the seventh round of meetings between the ministers and 40 farming unions.

“For resolution, the cooperation of both sides is essential.”

Farmers leaders, however, said they would not give up their fight unless the government agrees to repeal the laws, approved by parliament in September.

“Our agitation will continue till the three laws are withdrawn. There is no other way,” said Rakesh Tikait, one of the farmers’ leaders who attended the meeting with ministers.

Reliance Industries asked authorities to help stop attacks on its telecommunication masts by protesting farmers, who say the conglomerate has profited from the reforms at their expense.

The majority of India’s farmers sell their produce largely to small retailers at a much lower price than the government guaranteed price – offered to only a fraction of farmers.

They fear that with the introduction of the new laws, big retailers like Reliance will enter the market to buy their produce at a lower price, while the government may slowly dismantle the current system of procurement at the guaranteed price