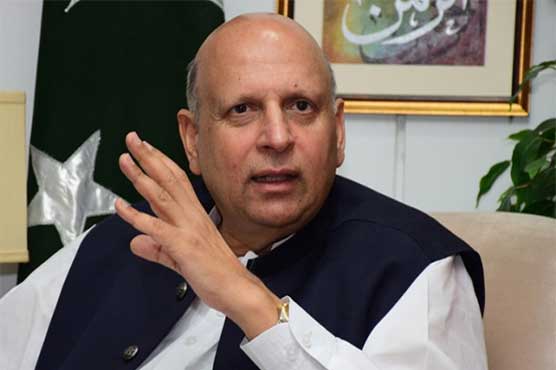 LAHORE (City News) – Governor Punjab Chaudhry Sarwar on Wednesday said that next Chairman Senate will also be from Pakistan Tehreek-e-Insaf (PTI) and opposition is trying to find a safe passage after repeated failures.

Governor Punjab, in meetings with party delegations, said that opposition will not resign from assemblies by January 31 and announcement regarding long march will also be delayed.

He also said that Prime Minister’s politics are of principles and all allies of the government, including PML-Q, stand with PTI.

Chaudhry Sarwar, while stressing on unity for tackling issues related to security issues, said that enemies of the country are trying to destabilize Pakistan.

Next Chairman Senate will be from PTI: Chaudhry Sarwar
0 120
Share FacebookTwitterWhatsAppPinterestEmailFacebook MessengerTelegram