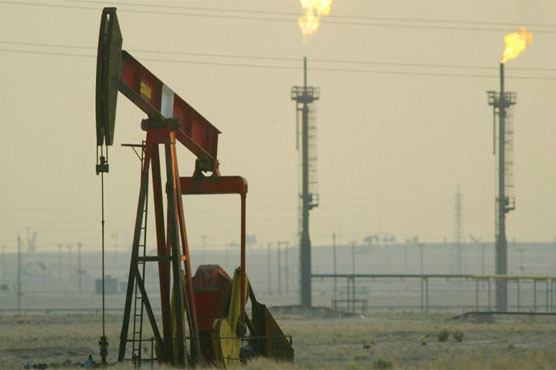 The price of the main US oil contract, WTI, jumped more than five percent higher at one point to hit $50 a barrel for the first time since February.

Members of the oil cartel OPEC and their partners agreed Tuesday to raise output slightly in February and March, but only in Russia and Kazakhstan, while Saudi Arabian Energy Minister Prince Abdulaziz bin Salman announced that the country would cut its own production by one million barrels per-day in both months.

“Saudi Arabia put the cherry on the cake and if there is one way to describe what its voluntary cut means for the market, happy hour is a pretty fitting term,” Rystad Energy s Bjornar Tonhaugen said of the surprise Saudi announcement.

“They say there is no such thing as a free meal, but it s difficult to see how a beast of a one million bpd cut is justified behind closed Saudi strategist doors.”

The news lifted petroleum-linked stocks on Wall Street, including Hallburton, Occidental Petroleum and Apache, all of which gained at least eight percent.

Major US indices also advanced following better-than-expected US manufacturing data and car sales as markets monitored Georgia elections that will determine control of the US Senate.

The gains on Wall Street came after stocks pulled back Monday on worries that a Democratic sweep of the two Georgia Senate runoffs would clear the way for tax increases and other major legislative changes.

But news of fresh lockdowns and slow vaccination campaigns kept European stocks mostly on the back foot.

London stocks managed to end the day with a gain of 0.6 percent, helped by the strong performance of oil stocks on the FTSE 100.

But the UK on Tuesday began implementing new national restrictions set to last weeks, as the country is beset by a new variant of the coronavirus that apparently spreads faster.

For the markets, the news was counterbalanced in part by the announcement of an extra 4.6-billion pound package for virus-battered businesses.

Frankfurt fell 0.6 percent as Germany was set to extend a shutdown in Europe s top economy and Paris gave up 0.4 percent as the French government scrambled to speed up a slow rollout of Covid-19 vaccines.

“The mood has soured somewhat as a result of the national lockdowns which are once again coming into force or being extended,” OANDA analyst Craig Erlam told AFP.

“This was maybe inevitable anyway as a result of the (Christmas) festivities taking place in the midst of an already severe wave of Covid-19 but the new variant has thrown another spanner in the works.”