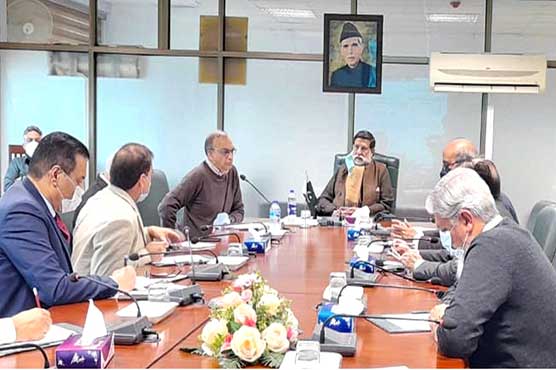 We are focused on achieving targets: Mohammed Mian Soomro

Federal Minister was briefed about the progress regarding various PSEs to be privatized and which have also been made part of the Performance Agreement of the Ministries/Division.

The minister urged that privatisation matters relating to line Ministries and Divisions should be actively pursued and progress to that effect should be conveyed on daily basis.

The minister himself is actively pursuing the matters so the desired targets could be achieved within the stipulated time.

The Federal Minister urged the officials to make all out efforts to resolve the related issues so the targets could be achieved in stipulated time.

The meeting between Federal Minister Privatisation Mohammed Mian Soomro and Minister for Industries and Production was also held today. The matters relating to the Pakistan Steel Mills (PSMC) including valuation of its land to be leased out and other SOEs were discussed.