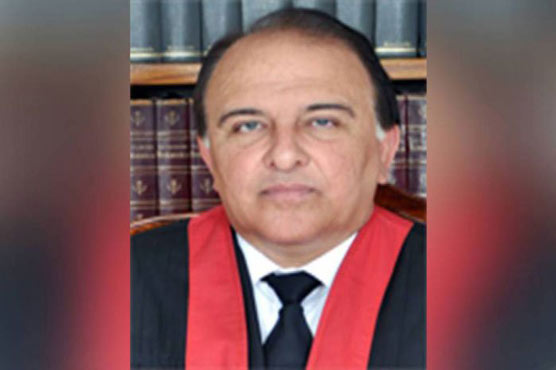 PESHAWAR (City News) – Justice Qaiser Rashid Khan was sworn in as the chief justice of the Peshawar High Court (PHC) at the Governor’s House on Saturday.

Governor Shah Farman administered the oath to him.

Received his secondary education from Cadet College, Kohat in 1976.

M.A (Political Science) from University of Peshawar in 1987 and

M.A (Journalism) from University of Peshawar in 1991.

Enrolled as an Advocate of the lower courts in 1984.

Enrolled as an Advocate of the High Court in 1991.

Enrolled as an Advocate of the Supreme Court in 2008.

Elected as a member of the Provincial Bar Council for two consecutive terms in November, 1998 and April, 2004.

On the imposition of emergency on 03.11.2007, was the first person to be detained from amongst the lawyers under 3 M.P.O at central prison, D.I.Khan.

Was elected as a member of the Pakistan Bar Council on 22.12.2010 securing the highest number of votes among all the elected members in the country.

Have been working as Judge, Labour Appellate Tribunal since January, 2012 for the areas falling within the limits of D.I.Khan and Bannu Benches.

Appointed as Election Tribunal for hearing appeals of the constituencies of National Assembly as well as Provincial Assembly of KPK on 17th July, 2013.

Appointed as Inspection Judge of Districts Kohat and Hangu on l0th March, 2014.

Appointed as Member of the Committee for Enhancing Environmental Justice in Pakistan on 18th January, 2017.
Appointments