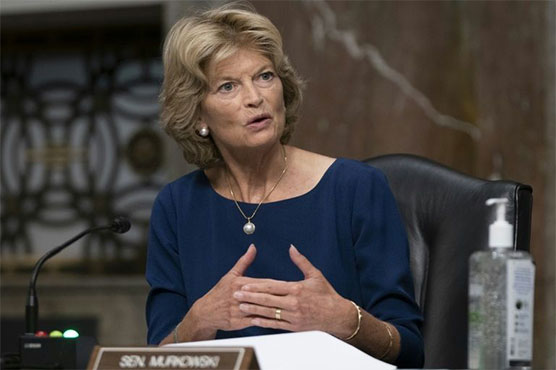 The Alaska lawmaker also questioned her future as a Republican, warning that if her party remains in thrall of Trump despite his inciting a mob to storm the US Capitol, then she could leave it for good.

“I want him to resign. I want him out. He has caused enough damage,” Murkowski, seething over the president s behavior, told the Anchorage Daily News in an interview.

“He hasn t been focused on what is going on with COVID. He s either been golfing or he s been inside the Oval Office fuming and throwing every single person who has been loyal and faithful to him under the bus,” she said.

Murkowski, 63, has bucked her party and Trump on numerous occasions, including voting against Supreme Court Justice Brett Kavanaugh s confirmation.

In 2010, after losing her primary, she mounted a write-in campaign as a rival Republican — and won.

“But I will tell you, if the Republican Party has become nothing more than the party of Trump, I sincerely question whether this is the party for me,” she told the Anchorage paper.

Most Senate Republicans, at least publicly, are not supportive of ousting Trump.

Congressman Adam Kinzinger was the first House Republican to call for Trump s removal using the Constitution s 25th amendment, which allows the vice president and a majority of the cabinet to remove a president deemed unable to discharge his duties.

Multiple Senate Republicans have voiced anger over Trump s behavior, but none has explicitly stated they want the president to step down.

Republican senator Ben Sasse told CBS on Friday that he would “definitely consider” articles of impeachment if and when they are introduced.

Mitt Romney, who was the only Senate Republican to vote to convict Trump one year ago after he was impeached by the House, eviscerated the president in a floor speech after the riot.

But on Friday, he stopped short of calling for Trump s removal, telling The Washington Post: “I think we ve got to hold our breath” until January 20 when Joe Biden takes office

US president has sole power to launch nuclear strike