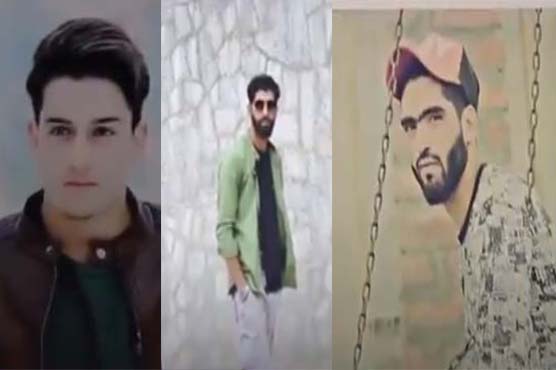 SRINAGAR (Web Desk) – The families of three young Kashmiri boys martyred by Indian forces in fake encounter have spoken to international media, insisting that their children were murdered in a staged gunfight.

As per the documentary compiled by Al Jazeera, father of martyr Ather Mushtaq Wani said, “When I returned home, I couldn’t find myself at peace.” I went to ancestral graveyard and dug an empty grave. The villagers opposed this idea and said it won’t be the right thing, he added.

Ather’s father further said, “It was a target fire. His face, nose, and hands were bruised. Is this justice? Is this humanity? he asked.

He further appealed the government to return the body of his son.

Meanwhile, father of Zubair Ahmed, Ghulam Muhammad Lone said, “His son hardly got time for anything else, not even for his meals.”

Mother of Aijaz Maqbool Ganai said, “I didn’t know they (Indian army) would come after him. He was everything to me.”

But the families of the youth insisted they were innocent and murdered in a fake encounter, a term used to describe an extrajudicial killing.