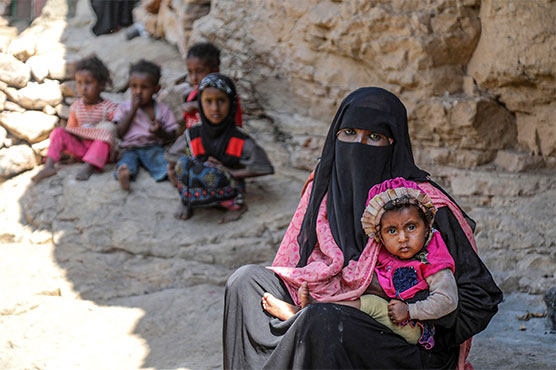 DUBAI (AFP) – Twenty-two aid groups working in Yemen urged US President Joe Biden on Sunday to remove the war-torn country s Huthi rebels from a terror blacklist, saying it could put millions of lives at risk.

The Trump administration s move against the insurgents had come into effect the day before Biden took office, to resounding criticism from experts, the United Nations and aid groups.

“This designation comes at a time when famine is a very real threat to a country devastated by six years of conflict, and it must be revoked immediately,” said a joint statement Sunday by 22 groups including Mercy Corps, Oxfam and Save the Children.

“Any disruption to lifesaving aid operations and commercial imports of food, fuel, medicine and other essential goods will put millions of lives at risk.”

The Iran-allied Huthis seized the capital Sanaa and much of northern Yemen in 2014, sparking a Saudi-led intervention the following year.

The conflict has since left tens of thousands dead and millions displaced, in what the UN has called the world s worst humanitarian disaster.

Antony Blinken, Biden s pick for secretary of state, said at his confirmation hearing that he would “immediately” review the Trump administration s labelling of the insurgents, over fears the move was worsening a humanitarian crisis.

In their statement, the 22 aid groups said that “even with licences and exemptions in place for humanitarian work, the designation will have serious implications, causing delays and uncertainty in our ability to deliver assistance (and) making it even more difficult to operate” in parts of Yemen home to those most in need.

They also warned that the listing would hit commercial deliveries which make up most of Yemen s food, fuel and medicines, and make money transfers and paying staff salaries “even more difficult”.

They added it could “hurt UN-led efforts to find a peaceful solution to the conflict”.

Homes for poor will be made instead of Khokhar, Jati Umrah Palaces: Gill