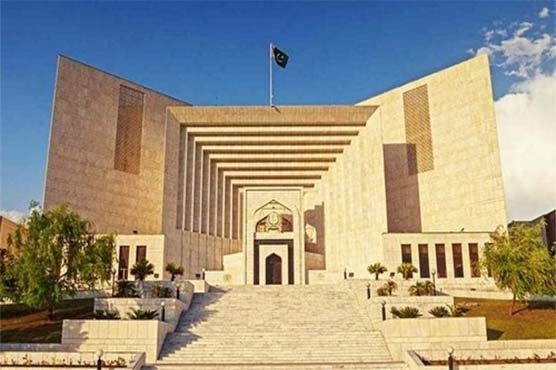 ISLAMABAD (City News) – Government of Sindh on Monday has opposed the presidential reference seeking opinion of the Supreme Court about holding Senate elections with open ballot.

In its reply submitted with the Supreme Court of Pakistan (SCP), the provincial government opposed the possibility of holding Senate polls through the open ballot and said that the Senate elections would be held as per the Article 226 of the constitution of 1973.

Sindh government has requested the apex court to not give its opinion on the presidential reference.

Earlier, the Election Commission of Pakistan (ECP), in its reply to the apex court, rejected the possibility of holding Senate polls through the open ballot.

“Senate polls are defined in article 59, 219 and 224 of the constitution, the ECP reply read. Furthermore as per article 226 all elections under the Constitution, other than those of the Prime Minister and the Chief Minister, shall be by secret ballot.”

“Pakistan’s Constitution of 1973 does not allow open ballot elections for Senate.”

It is pertinent to mention here that Dr. Arif Alvi approved Prime Minister Imran Khan’s recommendation and sent a reference to the apex court under Article 186 to conduct the Senate polls by open ballot.

The top court’s guidance has been sought in the presidential reference in order to amend Section 122 (6) of the Election Act, 2017 without amending the constitution.

The federal cabinet had on December 15 approved to seek guidance of the SC over the matter. The Pakistan Tehreek-e-Insaf (PTI) wants to hold the elections by open ballot to stop horse trading.