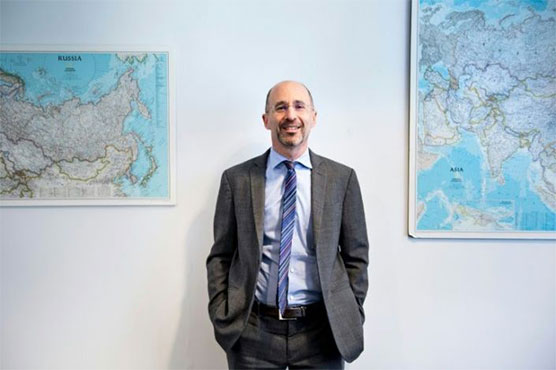 WASHINGTON (AFP) – The new US administration has named Rob Malley, an architect of the 2015 nuclear deal with Iran, as its special envoy to resume talks with Tehran, defying pressure from hawks who accuse him of being too conciliatory toward the Islamic republic.

“Leading that team as our special envoy for Iran will be Rob Malley, who brings to the position a track record of success negotiating constraints on Iran s nuclear program,” he said.

Malley, a childhood friend of Blinken, has been serving as head of the International Crisis Group, an independent non-governmental organization focused on conflict resolution.

Before that, he was one of the chief negotiators on the 2015 nuclear deal between Iran and world powers, under which Tehran was promised economic relief for major curbs in its contested nuclear program.

The deal was reached under Barack Obama, when President Joe Biden was his number two.

But in 2018, Donald Trump unilaterally withdrew the United States from the accord, saying it should have also covered Iran s “destabilizing” activities in the Middle East, and slapped tough sanctions on Tehran.

This week, Blinken confirmed the new US administration s intention to rejoin the accord — but only once Tehran returns to compliance.

Iran had pulled back from its commitments to protest Trump s sanctions and insists that Biden now act first.

The International Crisis Group, in a set of recommendations to Biden before Malley was appointed, recommended that the United States and Iran adopt a staggered approach with the new administration committing to withdraw sanctions and Iran agreeing to a timetable for compliance.

– Under fire from hawks –

Malley has been a bete noire for pro-Israel hawks since his time as a Middle East aide to Bill Clinton when, in a New York Times op-ed, he rejected what he said were exaggerated accounts that Palestinian leader Yasser Arafat bore sole blame for the failure of the Camp David peace summit.

Before he was even named to the Iran post, rumors of Malley s nomination prompted sharp criticism from allies of the defeated president.

“Malley has a long track record of sympathy for the Iranian regime & animus towards Israel. The ayatollahs wouldn t believe their luck if he is selected,” said Cotton, a Trump ally who has advocated bombing Iran.

More damning, Xiyue Wang, a US scholar who was jailed while doing historical research in Iran, accused Malley of not doing enough to secure his release while he was in the Obama administration.

Wang said that Malley s appointment showed that Blinken s calls both to strengthen the nuclear deal and take up human rights were “merely empty words.”

“There are lessons to be learned from both Obama and Trump s approaches to Iran. Mr. Malley s appointment signals to Tehran that the US is simply lurching from one extreme policy to another,” he said.

But in a letter released Thursday some 200 former officials and activists voiced support for Malley, denouncing “smear tactics” by those who would never support diplomacy.

“Those who accuse Malley of sympathy for the Islamic Republic have no grasp of — or no interest in — true diplomacy, which requires a level-headed understanding of the other side s motivations and knowledge that can only be acquired through dialogue,” it said.

Jason Rezaian, a Washington Post journalist who was imprisoned in Iran, said that Malley was crucial in negotiating his release in 2016 and said he spent hours speaking with him and others set to serve Biden.

“Simply put, in terms of negotiating with Iran on a range of issues, from strategic to human rights ones, this team had exponentially more experience on its first day in office than the Trump administration was able to amass in a full four years,” Rezaian wrote in an opinion piece in his newspaper.

Afghanistan’s Ghani urges Biden to up pressure on Taliban