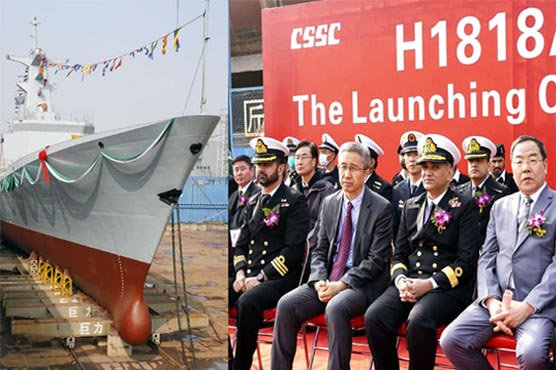 Pakistan Navy has contracted the construction of four Type 054A/P frigates from China since 2017, and the first ship was launched in August 2020.

In a recent interview with a Chinese daily, Chief of Naval Staff, Admiral Amjad Khan Niazi, said these frigates will be some of the most technologically advanced platforms of Pakistan Navy s Surface Fleet.

He said these ships will be equipped with modern surface, sub-surface and anti-air weapons, sensors and combat management systems and significantly contribute in maintaining peace and security in the region.