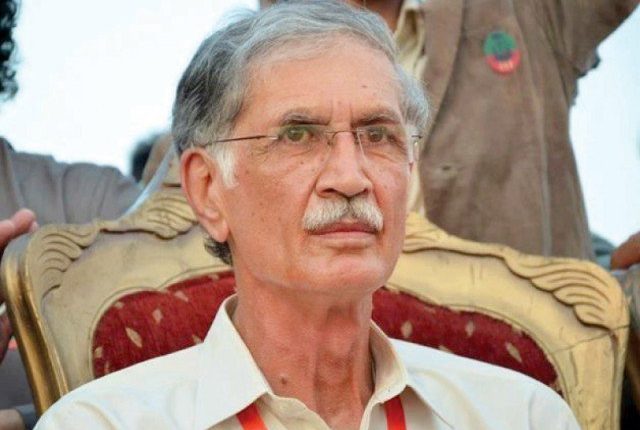 PESHAWAR (City News) – Defence Minister Pervez Khattak on Sunday has claimed that opposition parties across the country only respect him as he takes care of all the members of the assembly.

In a post on social-networking website, the minister said, “Clearly mentioned in my speech for the locals of my village in Nowshera that I’m sincere and indebted to Imran Khan.”

“We will defeat all the opposition parties ganged up against the candidate we are supporting for the by-election,” he added.

Earlier, Pervez Khattak said that artificial alliance of Pakistan Democratic Movement (PDM) has been rejected by masses due to its negative and personal interest politics and will soon meet its logical end.

He was addressing a public meeting at Manki Sharif in Nowshera district, the defence minister said PDM artificial alliance had been formed by the rejected political parties to protect their corruption.

Under the leadership of Prime Minister Imran Khan, he said the country’s exports has increased and industrial production was moving upward.

He said the government would complete its five years term and election would be held in 2023.

Pervez Khattak said local governments at districts, tehsils and village councils would be setup and draft for amendment in LG Amended Act 2019 would soon be passed from the Assembly.