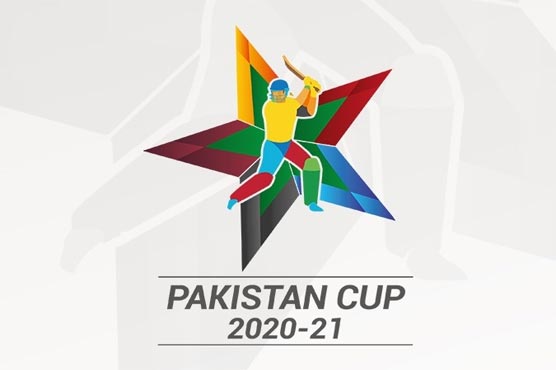 For former Pakistan all-rounder Abdul Razzaq, it was a dream start to his coaching career as his side featured in finals of all the three formats. However, Sindh took the honours of sweeping both the National U19 One-Day and Three-Day Tournaments as the High Performance department ensured the Pakistan Cricket Board became the first cricket federation to overcome the Covid-19 challenges by successfully delivering eight competitions.

The final tournament of the domestic season – the PCB National U16 One-Day Tournament – will be held in Rawalpindi from 13-23 February.

To date, the High Performance department has delivered 204 matches in eight competitions – First and Second XIs National T20 Cup, three-day and first-class Quaid-e-Azam Trophy, First and Second XIs Pakistan Cup and the National U19 One-Day and Three-Day Tournaments. Off these eight events, the Quaid-e-Azam Trophy and the Pakistan Cup were held in Karachi, the U19 matches were shared between Lahore, Islamabad, Muridke, Rawalpindi, Sheikhupura, First XI National T20 Cup matches were played in Multan and Rawalpindi, while Lahore was the venue for the Second XI National T20 Cup.

With the 15-match Pepsi-PCB National U16 One-Day Tournament still to be played, already 204 matches have been delivered since the season commenced on 30 September, which is 49 matches more than what were delivered in the 2019-20. In the 2019-20 season, 153 matches in seven tournaments were played and the only event affected by the Covid-19 outbreak was the Pakistan Cup.

In between, the PCB also staged white-ball matches against Zimbabwe (all in Rawalpindi), a Test against South Africa and remaining four HBL Pakistan Super League 2020 fixtures (all in Karachi).

The Pakistan Cup, powered by Service Tyres, lived up to its expectations of providing thrilling and entertaining cricket while maintaining a high standard throughout the competition.

In the 33-match tournament, a total of 17,783 runs were scored for the loss of 498 wickets with the help of 460 sixes and 1,538 fours. This meant the average match aggregate remained at an impressive 538, while average first innings totals remained at 278.

Interestingly, Khyber Pakhtunkhwa was also involved in the match that produced the lowest match aggregate. Two days after featuring in a 755-run match, Khyber Pakhtunkhwa routed Northern for 112 and then achieved victory for the loss of six wickets. This match produced 225 runs in 59.5 overs at an average of 3.7.

A total of 29 centuries were scored in the 23-day competition with Sindh’s Khurram Manzoor and Sahibzada Farhan of Khyber Pakhtunkhwa hitting three hundreds each. However, Central Punjab’s Tayyab Tahir finished as the most consistent and successful batsman of the tournament when he scored 666 runs in 12 matches with one century and six half-centuries.

Other batsmen to entertain the fans and followers with their batting included Khurram Manzoor (655 runs), Southern Punjab’s Mukhtar Ahmed (597 runs), Balochistan’s Imran Farhat (499 runs), Sahibzada Farhan (487 runs) and Test opener Shan Masood, whose 472 runs came in only five matches with two centuries and as many half-centuries.

Khyber Left-arm spinner Asif Afridi was the pick of the bowlers with 25 wickets, including a hat-trick. However, he reserved his best bowling performance of five for 31 till the final that helped his side to spin Central Punjab out for 239 in 47 overs.

Zahid Mahmood’s 19 wickets helped him earn a Pakistan call-up for the T20Is against South Africa, while other notable bowlers were Central Punjab’s due of Usman Qadir (17) and Ahmed Bashir (16), and Mohammad Umar of Sindh (15).

Northern all-rounder Hammad Azam who scored 443 runs at 44.30 with the help of two fifties’ and took 13 wickets at 29.69 was named the Player-of-the-Tournament.

The wicketkeeper’s honours went to Sindh’s Azam Khan, who was declared the Best Wicketkeeper of the Tournament for his 13 dismissals in seven matches.

While there were a number of tense and tight finishes, the second semi-final between Khyber Pakhtunkhwa and Northern was the only match that was decided in the Super Over after both the sides finished at 303 runs piece.

Northern’s 154-run win against Central Punjab was the largest victory in terms of runs, while Southern Punjab was twice involved in biggest victories in terms of wickets when they defeated Khyber Pakhtunkhwa and Balochistan and eight wickets each.