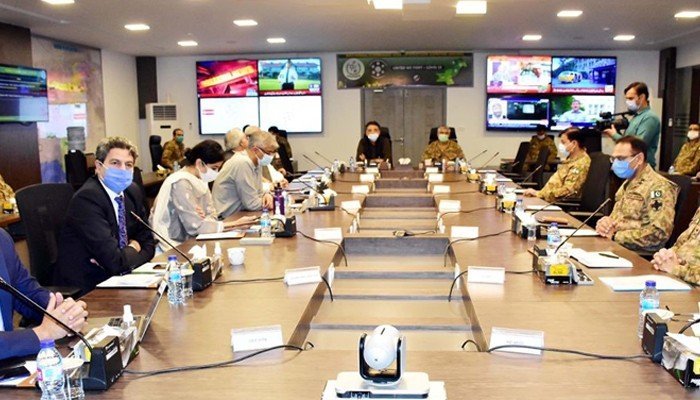 According to details, the process of inoculating the people will begin in the presence of Prime Minister (PM) Imran Khan. Health workers will get the vaccine in first phase while all the other citizens will be administered the doses free of cost, NCOC told.

The concerned authorities further said that the request of the vaccination will be made by sending a message.

Meanwhile, Minister for Planning and Development Asad Umar took to social-networking website and posted that the national vaccination campaign will get underway in the provincial capitals from February 3.

Earlier, Chinese ambassador had formally handed over the Covid-19 vaccine to Foreign Minister Shah Mahmood Qureshi at the Noor Khan Airbase on February 1, 2021.

Speaking on the occasion, Shah Mahmood Qureshi said Beijing practically gave proof of its everlasting friendship with Islamabad, and a new chapter of companionship between both countries will be written.

The foreign minister said China donated five hundred thousand vaccine doses to Pakistan and is supporting us in steps to counter the pandemic. The Chinese ambassador said that Pakistan is first country to which China has donated vaccines.