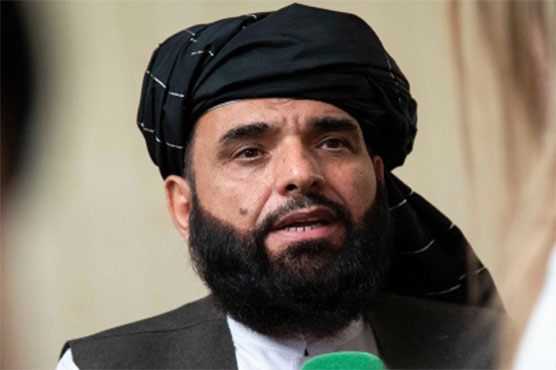 TEHRAN (AFP) – The Taliban said Monday in Tehran that it will continue its “fight and jihad” if foreign troops do not withdraw from Afghanistan by May 2021 as agreed with the US.

A delegation from the movement headed by its co-founder Mullah Abdul Ghani Baradar arrived in Iran s capital last week at the invitation of the foreign ministry and met with Tehran s top diplomat Mohammad Javad Zarif on Sunday.

“The staying on of troops beyond 14 months, whether American or NATO troops, means the continuation of Afghanistan s occupation,” Suhail Shaheen, a member of the movement s negotiating team, told reporters at a press conference.

Washington struck a deal with the Taliban in Qatar in February last year to begin withdrawing its troops in return for security guarantees from the militants and a commitment to kickstart peace talks with the Afghan government.

“We have fought occupation for 20 years. Therefore, in that case, we are forced to continue our fight and jihad,” Shaheen added.

“If they want to reevaluate, they can, but they are obliged to remain committed” to the agreement, Shaheen said.

The Afghan government blames the Taliban for the lack of progress in peace negotiations that started in September last year and resumed early January in Doha.

Kabul is pushing for a permanent ceasefire and to protect governance arrangements in place since the ouster of the Taliban by a US-led invasion following the September 11, 2001 attacks in New York.

But violence has escalated across Afghanistan, with the Taliban refusing to make concessions.

The Taliban s violent activity during the last three months of 2020 included increased attacks in Kabul city and an uptick in targeted assassinations of Afghan government officials, civil-society leaders and journalists, the US Special Inspector General for Afghanistan Reconstruction (SIGAR) said in a report released on Monday.

The report said there were 2,586 civilian casualties during the quarter, including 810 deaths and 1,776 injuries.

It also said that US air strikes in Afghanistan increased during the quarter as US forces provided defensive support to Afghan forces.

Shaheen maintained that Washington and Kabul have violated their ceasefire pledge since the Doha agreement and the Taliban has only “defended” itself as “a reaction”.

“They attribute violence to us, while it is not so,” he said.