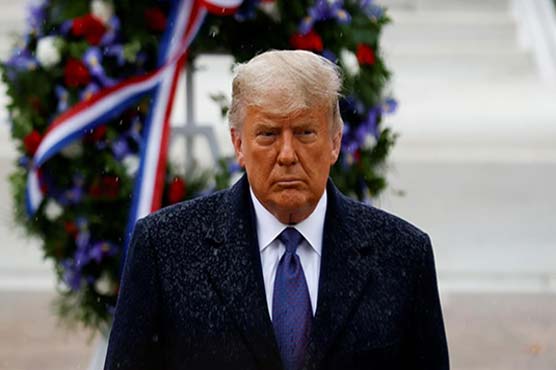 The two lawyers former president Donald Trump has hired to defend him in his Senate impeachment trial are confident, tough and media-honed criminal case experts who could liven up what is already set to be a nationally televised spectacle.

A day after breaking with his original legal team, reportedly over strategy, on Sunday Trump named David Schoen and Bruce Castor to represent him at the trial.

They have one week to muster a strategy to ensure that the ex-president receives enough support from Republican senators to avoid conviction, for the second time in one year.

That should be easy: conviction requires a two-thirds majority of the 100-member Senate, and already 45 of the 50 Republicans have signaled they believe trying Trump after he has left office is unconstitutional.

But according to reports, Trump has been adamant about arguing the case that President Joe Biden’s election win was based on fraud.

That claim, despite there being no evidence to support it, propelled the violent assault on the US Capitol that forced Trump’s vice president Mike Pence to go into secure hiding and left hundreds of members of Congress fearing for their safety.

Arguing such a case could conceivably erode some of the already tenuous Republican support for Trump. The strategy reportedly contributed to the split with his original defense team.

The turmoil with his legal team may have persuaded Trump to change his mind on the strategy.

“The strength of our constitution is about to be tested like never before in our history,” Castor said in the statement issued by Trump to announce the new line-up.

Schoen reiterated that stance in an interview with Fox News on Monday, saying the impeachment trial is “tearing the country apart at a time when we don’t need anything like that.”

The two attorneys will face prosecutors — Democrats from the House of Representatives — arguing the single charge of “incitement of insurrection.”

They allege that Trump fostered sedition by stoking the January 6 attack on the Capitol that left five people dead and halted, for several hours, Congress’ certification of Biden as the election winner.

Trump had earlier called for the process to be stopped.

Both attorneys have deep court experience.

Schoen is a trial lawyer from Atlanta, Georgia, with a record of picking up notorious cases and clients. He helped convicted Trump political advisor Roger Stone in his appeal case, before Trump pardoned Stone.

He was also in discussions to represent Epstein before he committed suicide ahead of his trial for sex trafficking of minors.

“I represented all sorts of reputed mobster figures,” Schoen told the Atlanta Jewish Times in an interview last year, pointing to organized crime figures from Russia, Israel and Italy.

Castor, 59, spent much of his legal career as a prosecutor in Pennsylvania, rising from the county level to become the top state attorney.

He was criticized for declining in 2005 to prosecute the mega-celebrity Cosby for rape, saying the evidence against him was too weak to win a trial. He went on to trade defamation lawsuits with the alleged victim, Andrea Constand.

The case moved forward under Castor’s successor, and Cosby was convicted in 2018.

After Trump’s original five lawyers dropped out on Saturday, the need to assemble a new team was urgent. The ex-president needs to submit a formal response to the summons to trial on Tuesday.

On February 8, his team then needs to submit a pretrial brief, opening the way for arguments to begin, probably a day later.

The change in the defense team so close to trial, said George Washington University law professor Jonathan Turley, should lead to a postponement.

“A week is clearly insufficient to prepare a defense,” he said on Twitter.

But with Trump’s acquittal widely considered a foregone conclusion, it might not matter.