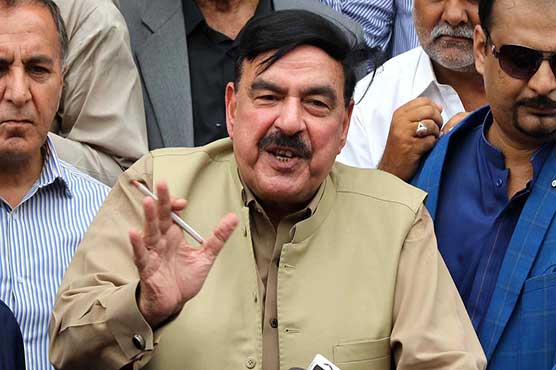 The minister said that Pakistani economy is at a ‘take-off’ stage. The opposition parties are criticizing Pakistan Tehreek-e-Insaf (PTI) to spread political chaos, he added.

Earlier, Sheikh Rashid stressed that all the institutions, Prime Minister Imran Khan and the government are on same page.

The federal minister held a press conference in Lahore and said Imran Khan has no threat from anyone and the premier will emerge victorious from all problems.

Sheikh Rashid said opposition leaders around the world return to their countries but people here want to go abroad. Only deserters flee instead of facing the situation, he remarked.

The interior minister went on to say that Hudabiya case will be filed in two to three weeks. Adviser to the Prime Minister on Accountability Shahzad Akbar is overseeing the money laundering and sugar mills cases, he added.

Sheikh Rashid said the Federal Investigation Agency (FIA) is backbone of the Interior Ministry. He said maximum complaints are received against the cyber wing which will be resolved by making the body more functional.