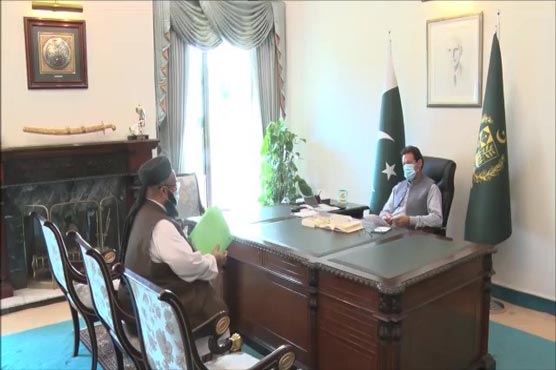 During the meeting, they discussed the committee constituted and headed by the minister for religious affairs over Waqf Properties Act and its positive role with regard to removal of apprehensions of Ulema and Mashaikhs.

Maulana Ashrafi lauded the prime minister’s stance over Palestine issue and the government’s efforts at the international level in this regard.

To address issues confronted by Muslims, significance of awareness about Seerah of Holy Prophet (Peace Be Upon Him) and the role of mosques and pulpits in this regard were also underlined.

The prime minister directed his special representative to keep close contact with Ulema and Mashaikhs and reiterated continuation of efforts for the solidarity of Ummah.