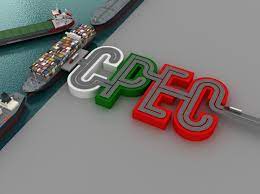 ISLAMABAD (City News) – Pakistan and China have so far completed 19 projects under the umbrella of China Pakistan Economic Corridor (CPEC), while 28 are under-construction and 41 more in the pipeline.

He said the tremendous progress made in the CPEC projects signaled the “shared commitment of Pakistan and China”. He mentioned that last month, the Rashakai Special Economic Zone under the transformational China-Pakistan Economic Corridor (CPEC) was inaugurated by Prime Minister Imran Khan.

Over the past seven years, he said, CPEC projects had created more than 26,000 jobs and boosted local power industry. In addition, the CPEC motorway projects have created over 50,000 jobs, he added.

Chaudhri said as the year 2021 marked the 70th anniversary of establishment of diplomatic ties between Pakistan and China, celebrations continued with a number of events organized in Islamabad and Beijing.

“The visit of the Tajik President is in line with Pakistan’s vision of enhancing strategic partnership with the Central Asian States, for regional connectivity and integration,” he said and added we believe the visit by President Rahmon, his 8th since 1994, will help further strengthen brotherly ties between Pakistan and Tajikistan.

A number of Agreements and MoUs in the areas of Education, Trade & Commerce, Anti-Corruption, Prevention of Emergency Situation, Art & Culture and Connectivity were also signed during the visit.

On Palestine, he said while the ceasefire announced on 21st May in the Occupied Palestinian Territories was a welcome development, “we once again reiterate the need for permanent resolution of the Palestine issue”.

“Pakistan believes that a viable, independent and contiguous Palestinian state based on internationally agreed parameters with the pre-1967 borders, and Al-Quds Al-Sharif as its capital is the only way forward to the Palestine issue,” Chaudhri said.

The spokesperson went on to say that Pakistan, on behalf of the OIC, had requested to convene a special session of the United Nations Human Rights Council (UNHRC), which was held on 27 May.

“The Council’s session led to the adoption of a resolution to establish a standing international Commission of Inquiry (COI) to investigate the human rights violations by Israel,” he added.

The resolution represents global resolve to end systemic impunity and injustice and begin a process of meaningful accountability, he added.

On Indian Illegally Occupied Jammu & Kashmir (IIOJK), he said it had been 22 months since the unprecedented military siege, communications blockade and suspension of fundamental freedoms in IIOJK.

The lives and livelihoods of the Kashmiri people have been severely affected in the aftermath of India’s illegal and unilateral actions of 5th August 2019, he added.

He said India continues with its design to change the demographic structure of the occupied territory in clear violation of international law, including the 4th Geneva Convention. India has already issued over 3.4 million fake domicile certificates.

The FO Spokesperson said India continued to employ rape, torture, degrading treatment and killings of Kashmiri women as instruments of state terrorism in the occupied territory.

“India’s gross and systematic violations of human rights in the occupied territory and lack of accountability of the perpetrators have been widely documented by a number of independent Commissions, human rights organizations, global media and civil society organizations, including the UN Office of the High Commissioner for Human Rights (OHCHR),” he added.

He stressed that the continuing Indian crimes against the Kashmiri people must serve as a solemn reminder to the international community of its collective responsibility to hold India accountable.