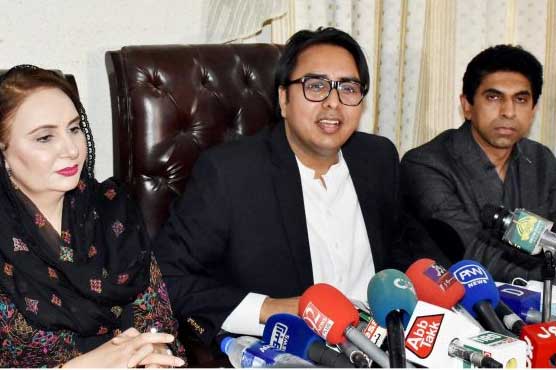 LAHORE (City News) – Special Assistant to Prime Minister (SAPM) on Political Communication Dr Shahbaz Gill said on Sunday that the opposition parties’ criticism on the performance of government was baseless, as Pakistan was now achieving successes on various counts and all its economic indicators were showing an upward trend.

Gill added that the parties blaming the PTI for having no skills to run affairs of the state had bankrupted the country through their loot and plunder of national exchequer and resources during their tenures in government.

He recalled that in 2013, the PML-N had inherited USD 20,000 current account deficit (CAD) and USD 25,000 export revenue, but at the end of its government term in 2018, the country’s CAD had increased manifold and export revenues decreased to the lowest level.

Furthermore, the PML-N claiming of having best abilities to run the government had squeezed the country’s foreign exchange reserves from USD 18 billion to USD 9 billion just because of its ill-conceived and personal interest-centric economic policies.

The SAPM mentioned that though the PTI had inherited a jeopardised economy and ruined system of governance, it had managed to increase foreign exchange reserves from USD 9 billion to USD 23 billion, while export increased by 13.5 per cent with total export revenue volume of USD 21.5 billion today.

The dynamic leadership of Prime Minister Imran Khan had a clear vision and better knowledge of when and where to launch which project in which sector for an overall boost to economy.

Since agriculture and livestock farming were lifeline of rural economy, the prime minister launched various initiatives and gave incentives to agri sector, and today, the farmers were getting a better price of their crops.

The government was also working out a plan for livestock development, while construction sector was also growing fast due to effective polices of the PTI government, he added.

He argued that biggest sale of petroleum products proved the fact that country’s economy was on growth side as POL (petrol, oil and lubricants) products were used in automobiles, transport, industrial, agricultural and other sectors of economy.

He said that the PML-N leadership was “on the silent mode” even in June, the days of budget in which the opposition was supposed to give tough time to the treasury benches, but the opposition had no point to object to the government that was very much serious for country’s development and uplifting the poor segments of society and taking corrective and effective measures to remove all weaknesses in the system for better public service delivery.

15 per cent work done so far on Lahore master plan that would be completed by early next year and the 95 per cent master plan worked out for Faisalabad and efforts were on to accomplish it by end this month.

The water table of Lahore had been lowering and exponential growth in Punjab capital had turned 13 per cent agricultural lands into concrete structures, while Ravi River was turned into a pond due to apathy of the previous government which resulted in severe environmental issues and health hazards, he maintained.

PTI government had from the day one been paying greater attention towards environmental issues and launched many projects to restore clean and green environment and also actively working Ravi Riverfront Urban Development Project to save ecosystem of Lahore.

He said that Prime Minister Imran Khan would never compromise on principles and believed in across-the-board accountability of the corrupt.