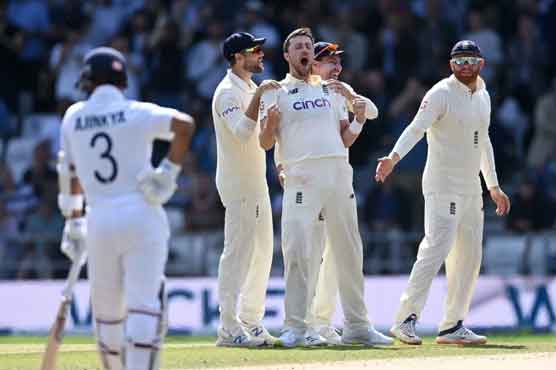 LEEDS (AFP) – England thrashed India by an innings and 76 runs to win the third Test at Headingley on Saturday with more than a day to spare.

The hosts levelled the five-match series at 1-1 after India s 151-run win in the second Test at Lord s.

India 215-2 overnight in their second innings, collapsed against the new ball, losing eight wickets for 63 runs in 19.3 overs on Saturday with Ollie Robinson taking 5-65.