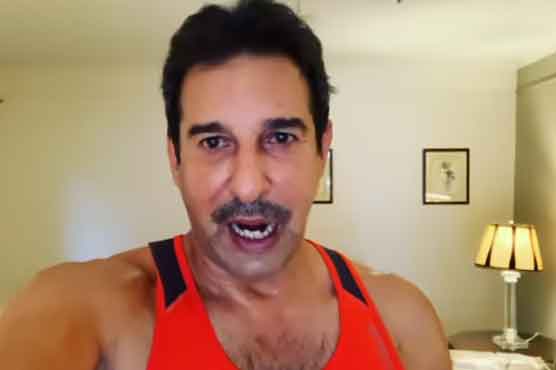 Wasim Akram who was in Melbourne to meet his wife and daughter after 11 month has to undergo quarantine. He developed his moustaches during his quarantine period.

The Sultan of Swing took to the Twitter and shared a brief video of his quarantine informing his fans and friends that finding motivation was not an easy.

No excuses. If I can you can . #QuarantineLife pic.twitter.com/xa74gGHfEz

In his video message, the former pacer asked the people to quarantine during quarantine. He also showed equipment which included an exercise cycle and weight.

Akram said, “You can do anything if you want.” Shaniera and the couple have been stranded in Australia since last year due to travel restrictions.